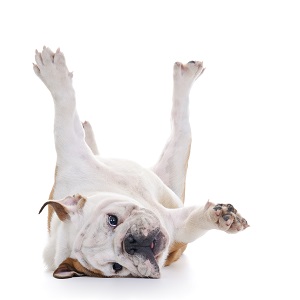 Living in a warm and sunny country is great, but with it comes all the parasites and diseases associated with a warm and/or tropical climate. One of these little scourges can be found nearly all over South Africa, namely ticks. Most people have at some or other time encountered a tick on their pet. This can be quite distressing – especially if you consider a disease like biliary (tick fever).

Keeping your pets tick free is of the utmost importance considering the risk of contracting biliary or ehrlichia, two tick-borne diseases.

Biliary is a potentially fatal disease which kills thousands of dogs in South-Africa each year. It is caused by a protozoan (a type of parasite) called Babesia canis. This parasite is carried and transmitted by the Yellow Dog tick and when an infected tick bites your dog, he/she will become infected by entering the animal’s bloodstream.

These parasites then multiply in your dog's red blood cells and this multiplication, together with the body's immune response (the body tries to attack the parasites in the red cells which also causes the cells to break up), destroy the red blood cells, - resulting in anaemia (lack of blood). If not treated early, this anaemia can become severe enough to be fatal. Often the parasite does not only cause anaemia, but also life-threatening complications such as kidney and/or liver failure.

The symptoms to look out for in your dog include: loss of appetite, lethargy and weakness, fever, pale gums (may later turn yellow), dark or port coloured urine, yellow stools and, in severe cases, even seizures. Some pet owners may not notice any of the above signs but rather they notice that their pet is “off colour” or “not themselves”. These are often very early signs in the disease and should not be ignored. If you notice any of the above symptoms (even if you have never seen a tick on your dog), take your dog to your veterinarian immediately. With biliary having a 10-20 day incubation period you might not link the disease symptoms with finding a tick on your dog. Waiting even 1 day too long can make the difference between life and death. The quicker biliary is diagnosed and treated the higher the chance of survival for your pet.

Biliary is easy to diagnose. Your vet will take a little blood from your dog's ear and make a blood smear which will then be checked under the microscope, providing a quick and 100% accurate way of diagnosing this disease. Treatment includes taking a blood sample to establish how anaemic your pet is, determining how intensively the vet needs to treat your dog. In very mild cases a simple injection will cure the disease and in severe cases hospitalisation, blood transfusions and very intensive supervised care is needed. Due to the intensity of care provided in severe treatment of biliary it can be very costly, but this can be avoided by proper tick control, not mentioning sparing your dog the trauma, even saving his/her life.

Biliary in cats is caused by Babesia felis. Luckily it is only found along the coastal regions of South-Africa. It is important to note that it does not present the same as in dogs. Most of the clinical signs include loss of appetite, lethargy, weakness and an unkempt hair coat. Fever and pale or yellow gums are uncommon in cats – except when other underlying diseases are present. These may include Mycoplasma (another tick borne disease in cats), feline leukemia virus (FeLV) or feline immunodeficiency virus (Fiv/feline aids). Many of the same complications as in dogs are seen in cats – kidney failure, liver failure, and lung oedema and central nervous system signs.

Diagnosis is not as easy as in canine babesiosis and your vet will most likely send a blood sample to the lab for testing. Luckily response to treatment is generally good if the disease is caught in time. When one of the above underlying diseases is present the prognosis is guarded in spite of correct treatment.

This disease is caused by a parasite called Ehrlichia canis and is also known as “tick bite fever”. It is transmitted by the Brown Dog tick and presents completely different to Babesia. Tick bite fever has an acute and a chronic form and is not as acutely fatal as tick fever. Signs in the acute form can include fever, lethargy, loss of appetite and swollen glands. In later stages of the disease signs include nasal discharge, coughing, bronchopneumonia and even death. In severe forms of the disease the dog can die as a result of massive blood loss as one of the consequences of this disease include a life-threatening depletion of the cells which help in blood clotting.

How do you prevent these horrible diseases?

Tick control is by far the easiest and most affordable way to prevent tick borne diseases. They prevent ticks from attaching to your pet and therefore prevent the ticks from transmitting the deadly parasites. Products bought from your vet are the most effective and come in a range of collars, dips, shampoos and spot-ons. Your vet will advise you as to which product is the right one for your pet. Many of these products will kill fleas as well.

Recently a biliary/tick fever vaccine has become available. The vaccine does not prevent biliary completely, but prevents the life threatening side-effects – e.g. anaemia and liver and kidney failure. It is not recommended for all dogs as it may be painful in some cases. It is only prescribed in dogs that are exposed to ticks on a regular basis, especially those who contract biliary once to twice a year. Your vet will be able to help you make the decision as to whether your dog needs this vaccine or not.

Responsible pet ownership is the name of the game in preventing life-threatening tick borne diseases. This includes keeping your pets parasite free and seeking veterinary care whenever you are concerned about your pet's wellbeing. It might be a cliché, but prevention is really better (and kinder) than cure.